Part of My Heart

My friend Sansu and I created a short children's book about a baby heart born to human parents.  Update: as of June 2016 it is now an All-Time Best Seller in iBooks with over 36k downloads and over 900 5-star reviews!  Check it out here:

Paperback: Part of My Heart 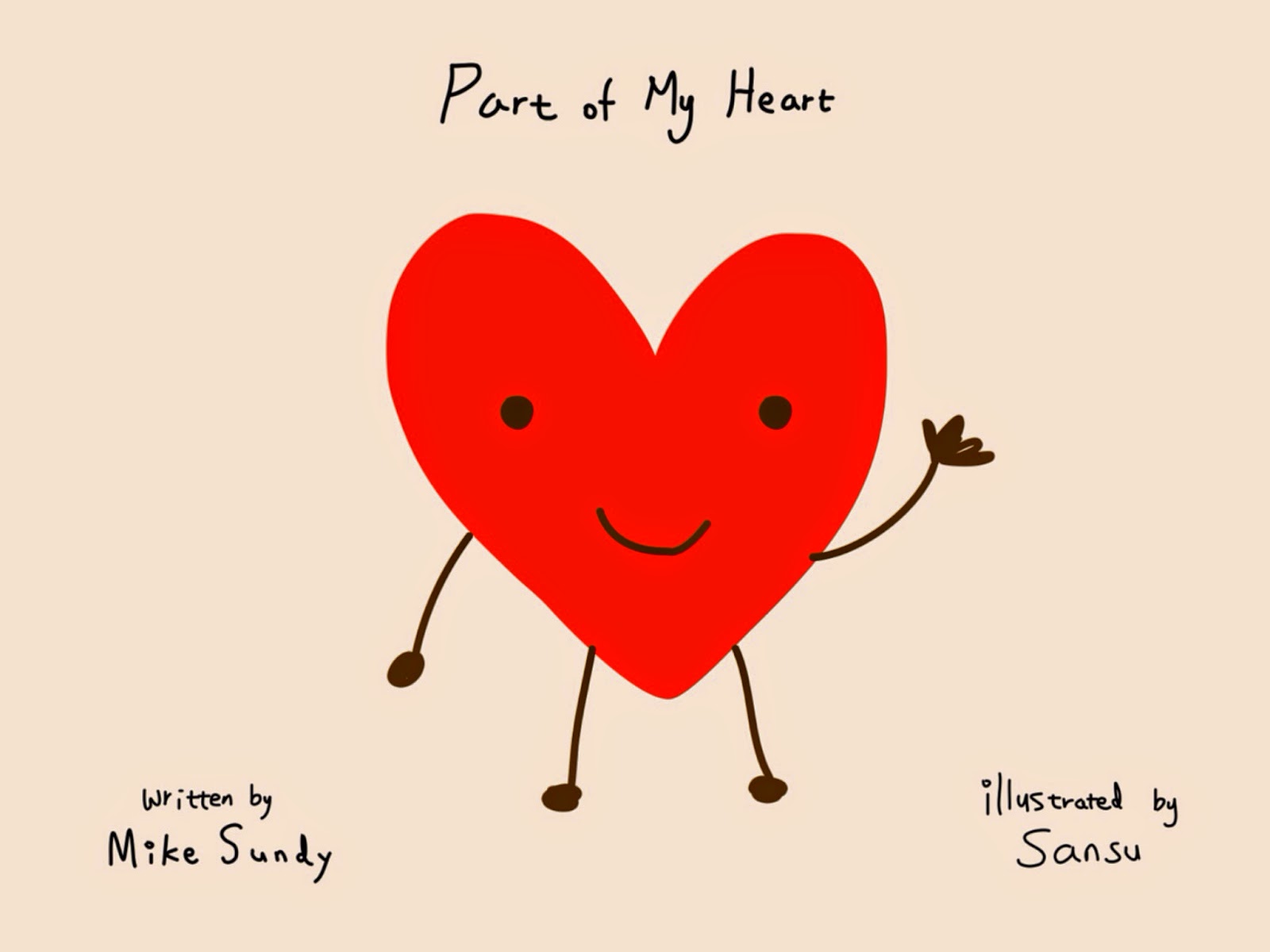 In this post, I'm going to talk about self-publishing that children's ebook.  We'll go through the process and share some lessons learned.

The inspiration for this story came from my 4-year-old daughter.  She asked me where she came from.  I wasn't ready to give the birds and the bees talk, so I gave her the emotional truth: she came from the love Mommy and I have for each other.  That explanation satisfied her.  I was also inspired by this quote from Elizabeth Stone:

"Making the decision to have a child - it is momentous.  It is to decide forever to have your heart go walking around outside of your body."  I took this literally.

I wrote the story over four months in Lissa Rovetch's class.  Also in that class was Sansu, a super talented Korean artist/author.  We had taken years of Lissa's classes at Pixar together and always felt a kinship in that we both went to emotion first.  She enjoyed the story and drew a picture.  Here's that early art: 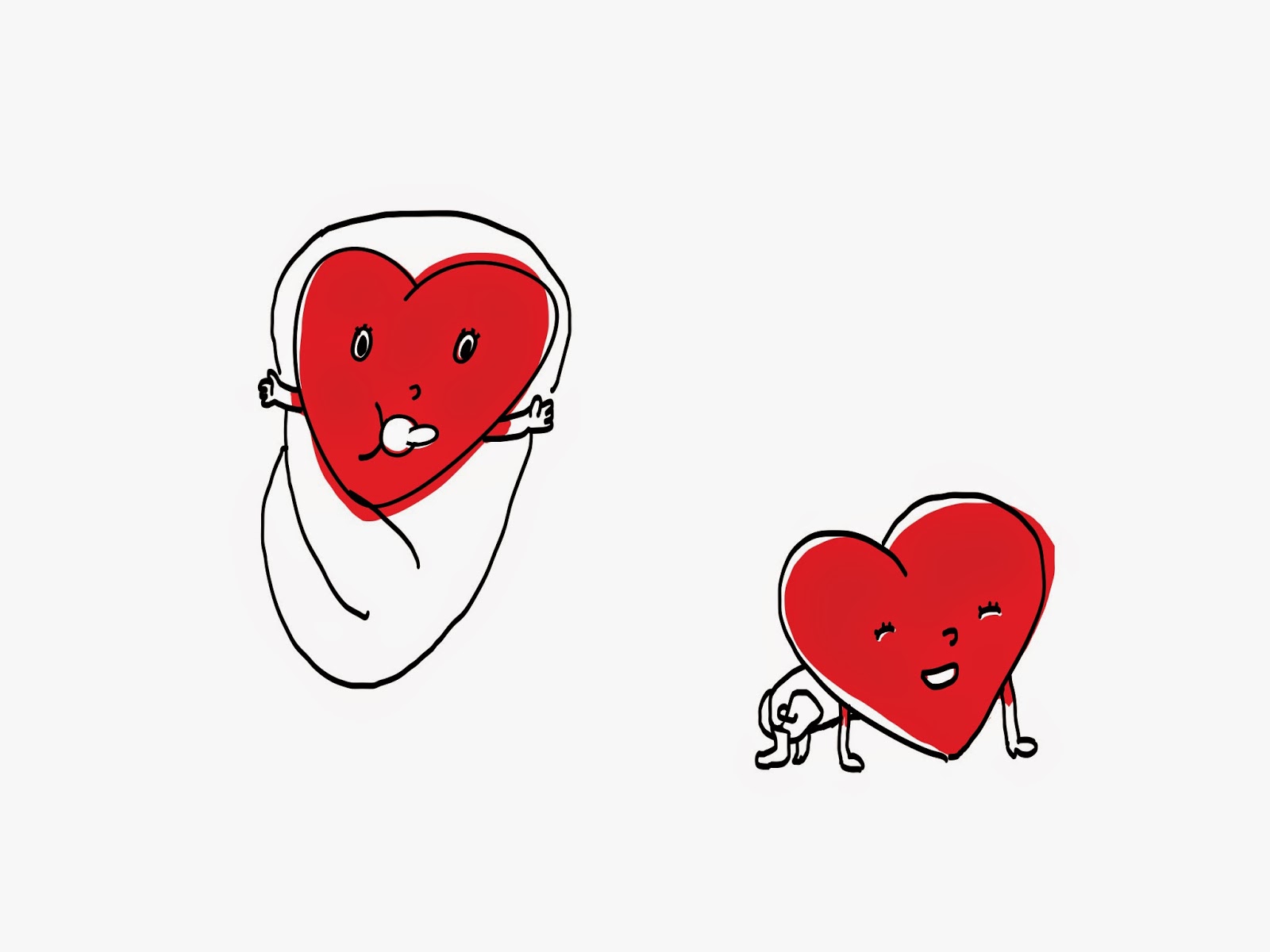 I had been looking for an excuse to collaborate with her for years so this was a wonderful opportunity.  We decided to do a children's ebook together.

To simplify the project, we decided to set the goal of publishing a straight ahead children's book (2-D art) as a free Apple iBook.  This would let us create and distribute the book for free.  We wouldn't need to pay conversion costs to other formats or worry about designing the art to work on multiple platforms.  We also decided not to do it as an app since we didn't want to bring in a third person to do coding/interactive elements.  We decided to keep it something we could accomplish between the two of us.

With a finished story, we met bi-weekly over six months to produce the art.  Sansu created all the art and my role was mostly giving feedback.  She mostly drew directly on the iPad with the app iDraw.  In Sansu's words, "It's a powerful drawing tool and does cool things like layers.  The images are not too expensive in memory because it's a vector app."  For the handwritten text near the end of the process I believe she had to import into Photoshop and do that there.

Sansu used the wonderful app Book Creator to see the layout in continuity.  She was drawn to Book Creator because it was so easy to create dummy books.  She also found it fast and easy to import/export images from albums and edit pages quickly.  She loved using the drawing pencil tool to sketch visual notes on top of the book while we met.

Our working process was really cool: we would meet for an hour or so and Sansu would bring her iPad with the art loaded on it.  I would give notes and she would draw changes directly over the images right there (via Book Creator).  It really accelerated the normal cycle of feedback and editing because she could give herself visual notes in the moment rather than have to translate words into art.  I found I enjoyed giving feedback on the art - felt like a movie director in that I was giving my take on the layout, staging, and emotional truth of each page/scene.  It was so inspiring that I'm now looking to write/direct a short film.

Sansu had a hard time drawing humans in the beginning.  She usually draws more abstract animals or fantastical creatures.  She invested time in sketching people on the subway, cafe, and streets.  It was especially difficult to draw a human with a heart child, since they look totally different.  She wanted them to be connected even though they are different forms in her drawing style.  For example, she used simple lines for their arms and legs, and simple dots for their eyes to tie them together. 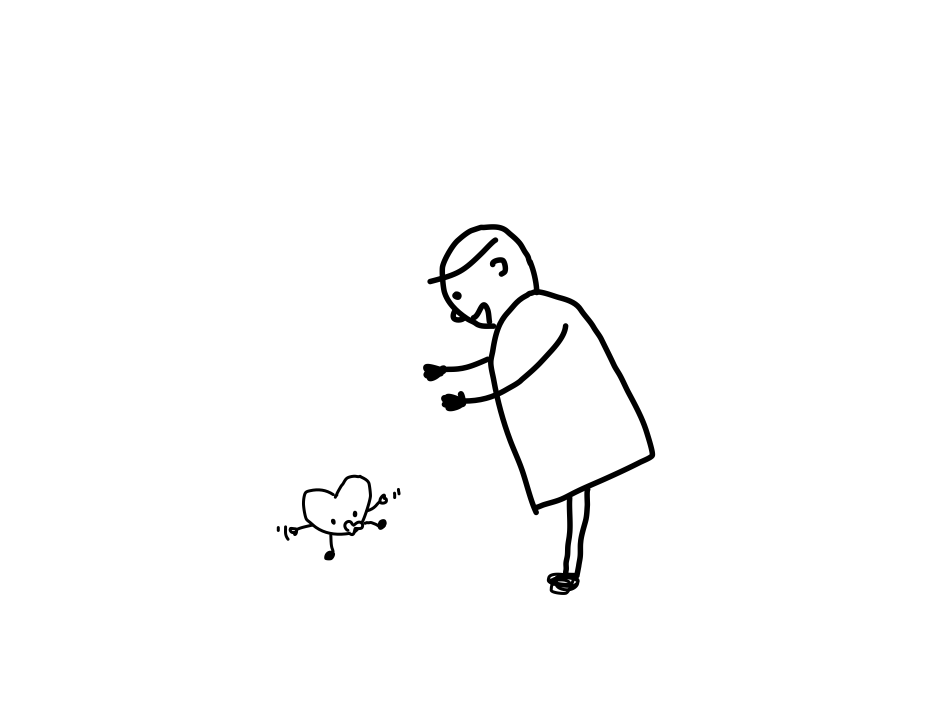 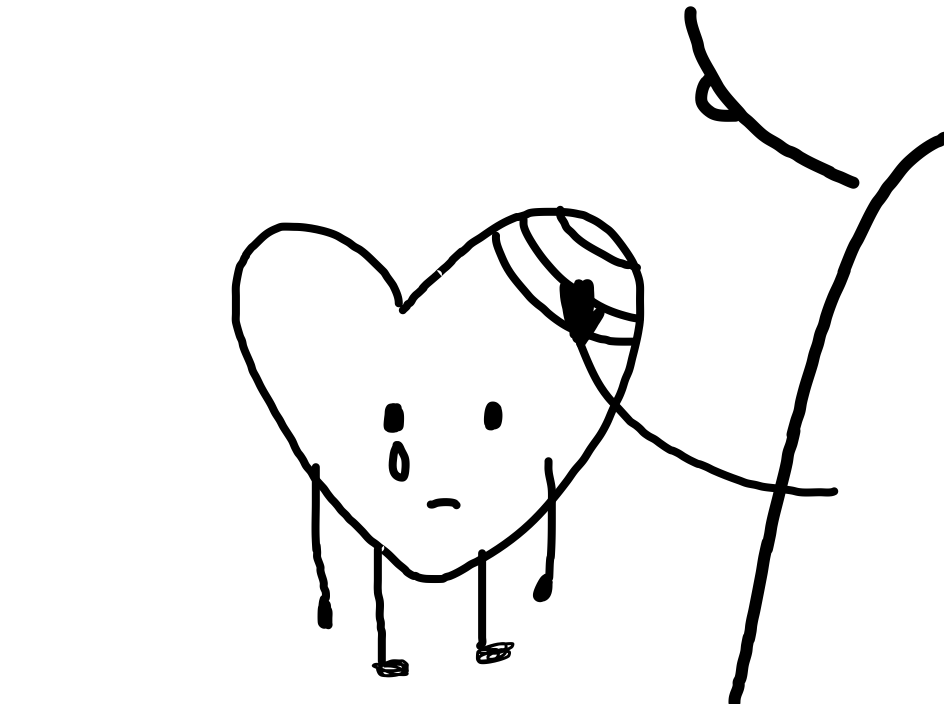 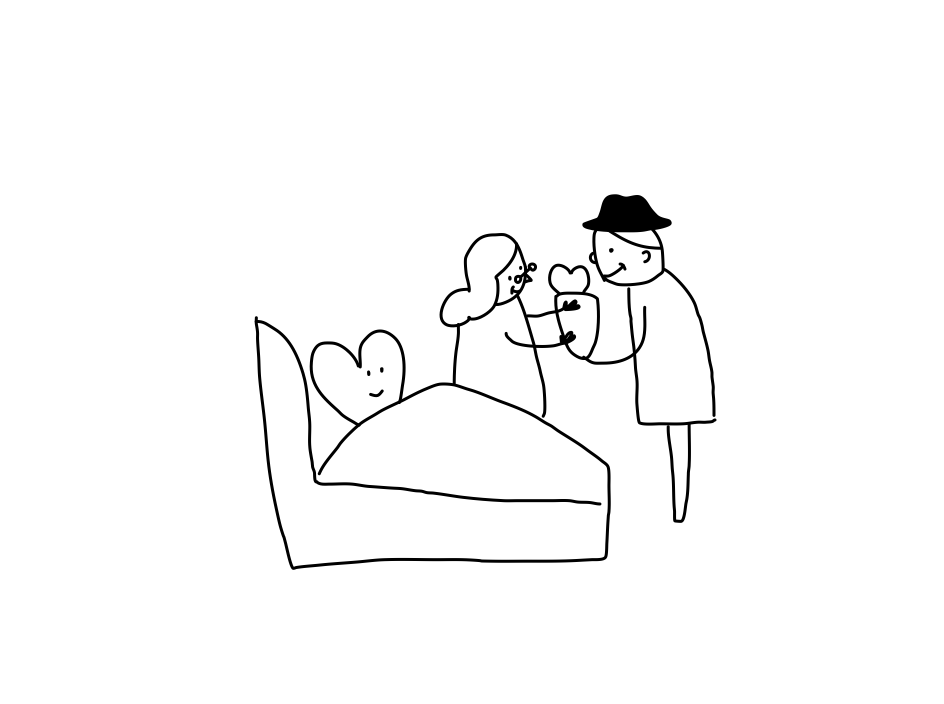 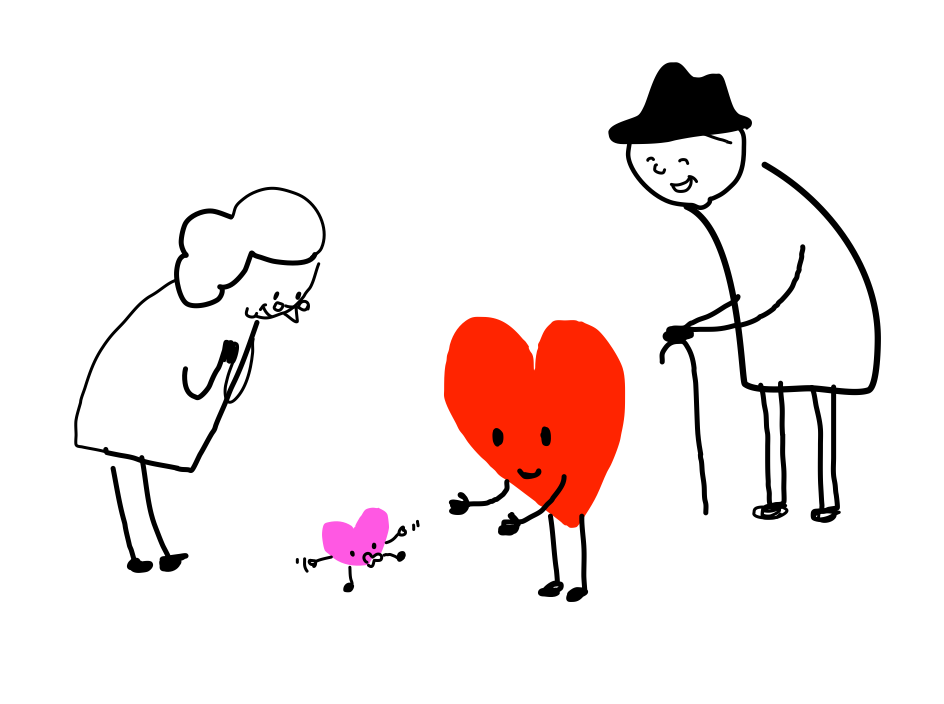 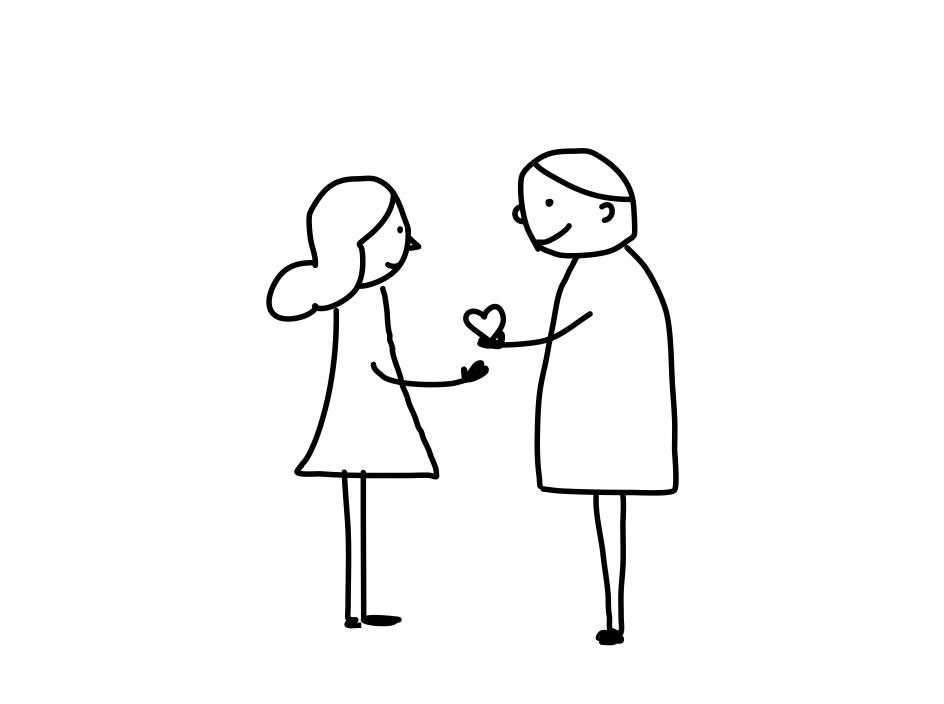 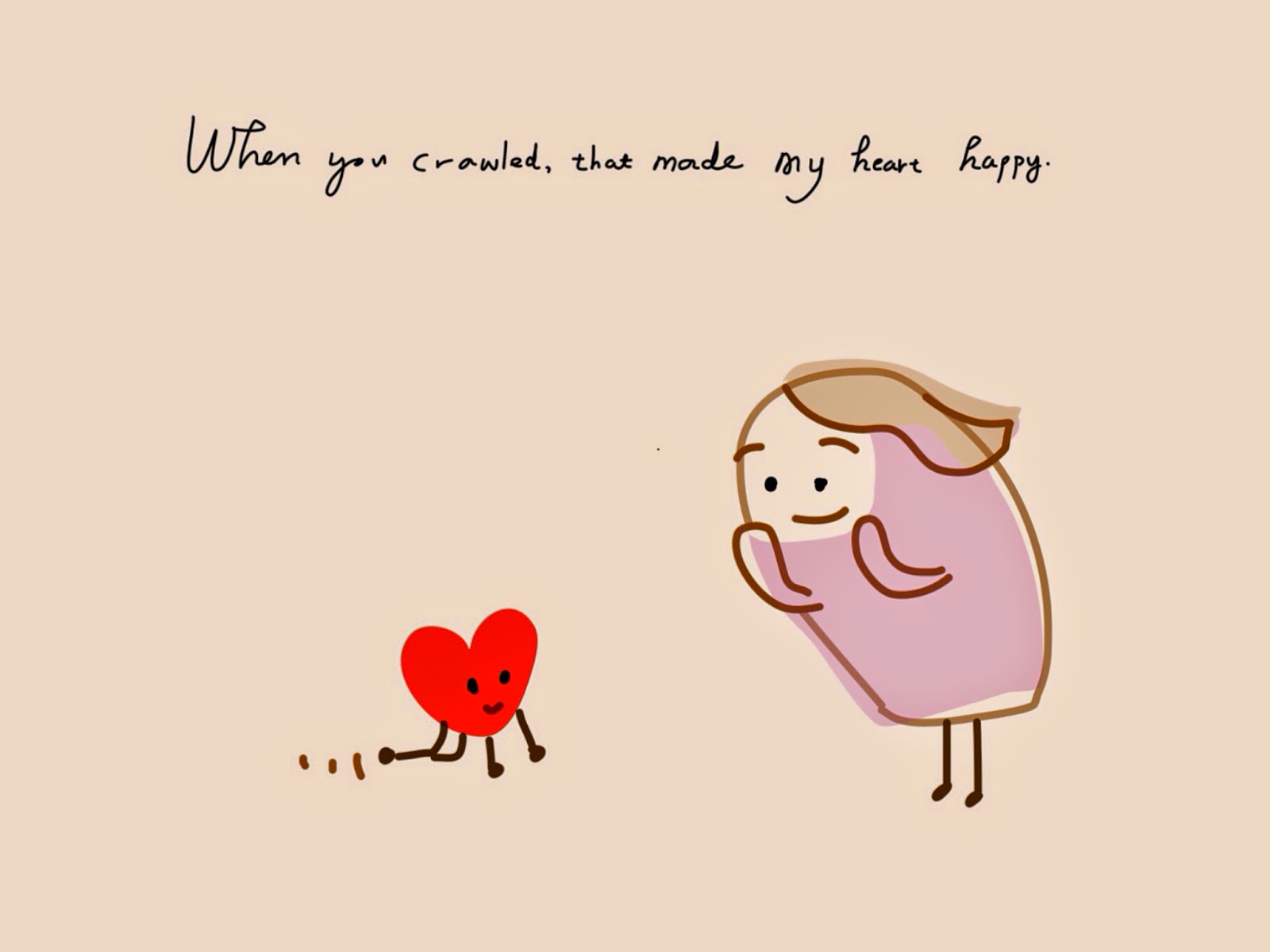 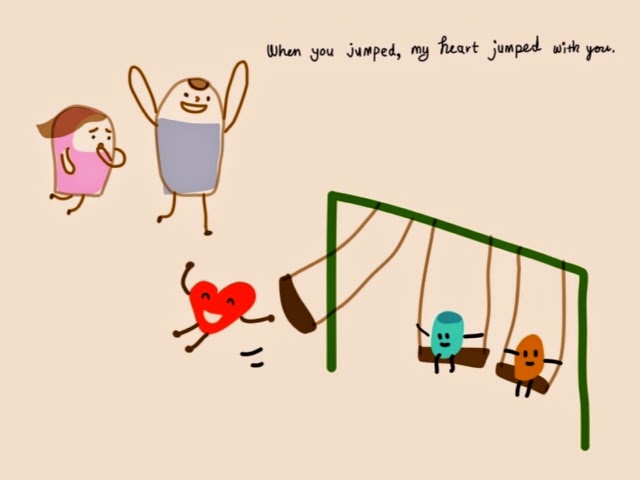 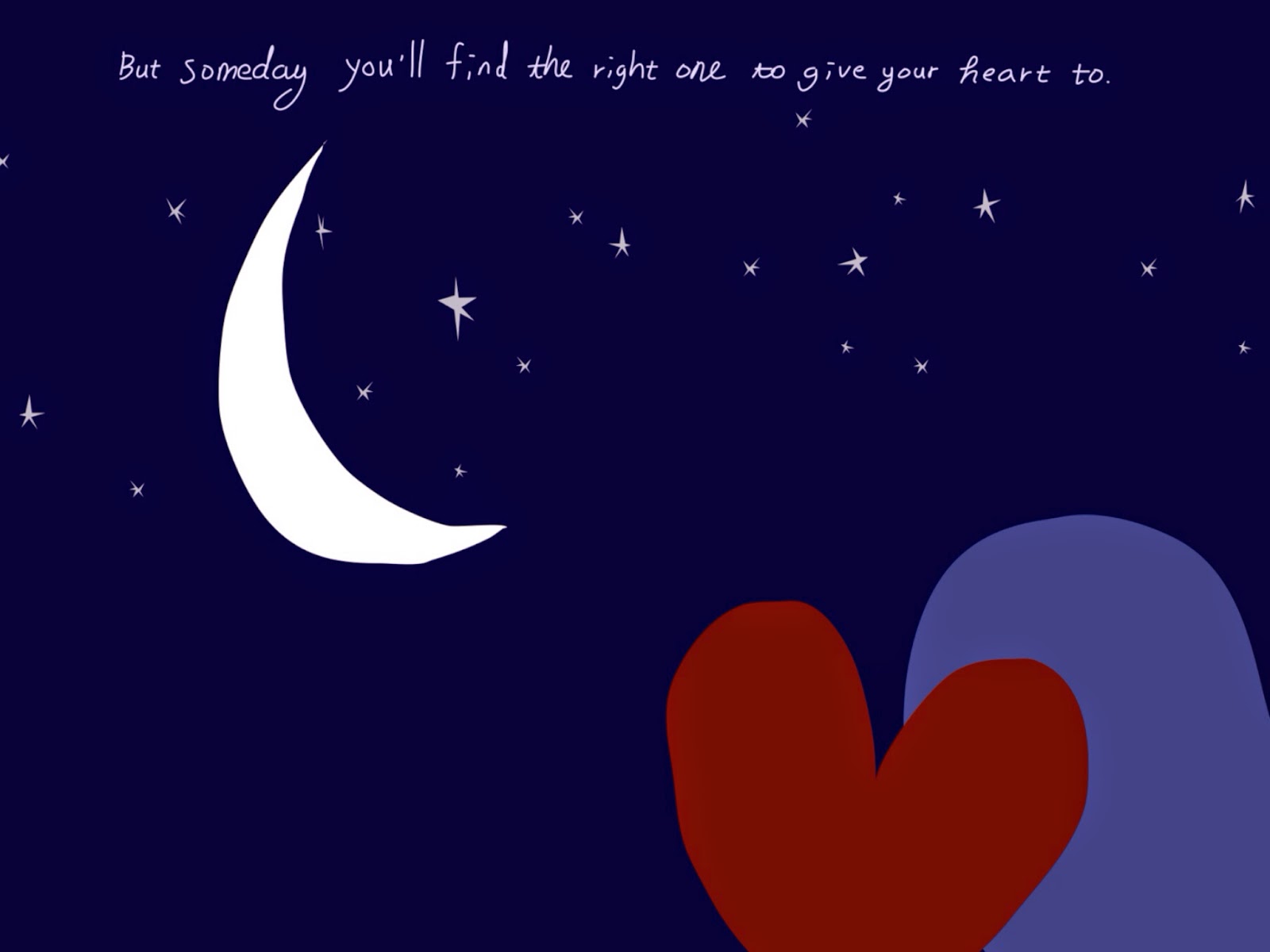 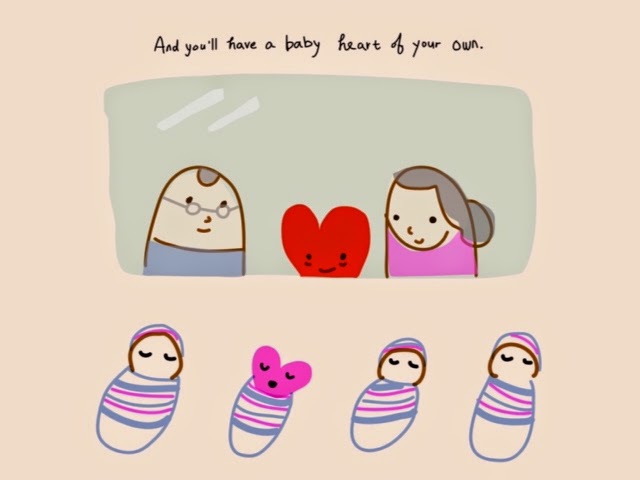 Exporting the Book with Book Creator

Once we had the artwork and text all finalized, it was simple for Sansu to use Book Creator to export an .epub file.  This is "book" file that we would eventually publish.

iTunes Producer is the free app you use to prepare something for sale on Apple's stores (including the iBook Store).  We followed a good tutorial on how to use iTunes Producer.  You'll need to categorize the book, give other info about it, and choose sample images.  It is a thrilling experience to hit submit and know that your book will be in over 50 countries within 24 hours. 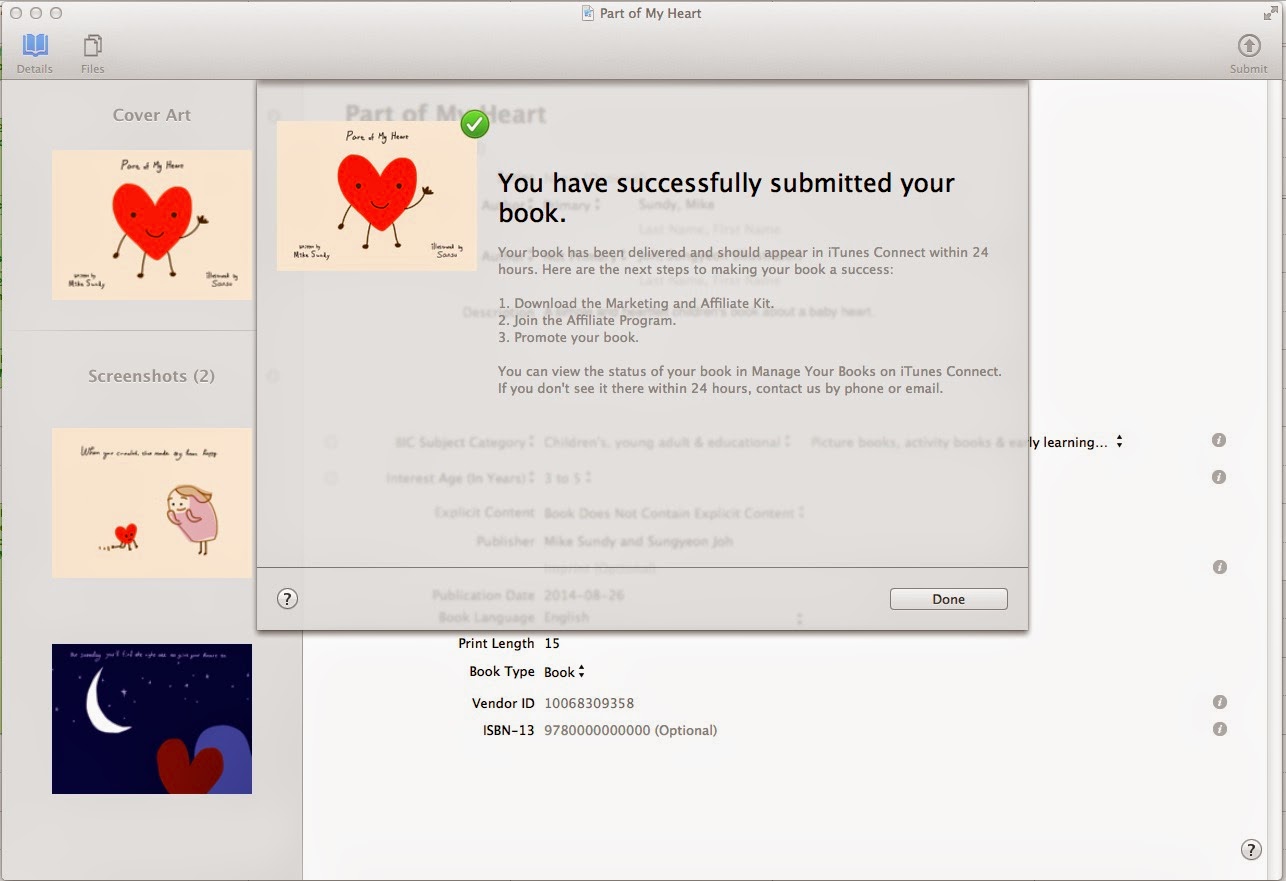 Apple also provides a free (noticing a theme here?) website called iTunes Connect which you can use to track downloads/sales in various countries.

We also signed a legal collaboration agreement up front that was a modified version of a free online form.  I encourage having an agreement so that it makes it clear up front who owns what.  We also filed for copyright once we had a finished product.  It's not strictly necessary, but it was pretty cheap and makes it easier to defend your work should you ever have legal action.

So was it worth it?  Yes.  It took us about 10 months to write, create the art, and publish the ebook.  With a traditional publisher it would take more like three years!  Apple and ebooks in general have streamlined the process and removed many of the traditional barriers that prevented independent creators from getting their work out to the world.  It was a liberating and energizing experience.  It was a great feeling to own our destiny and have full control from writing to art to layout to font choice to publishing to promoting.  Thanks to the internet and free tools, it's recently become possible for one or two people to be their own end-to-end creative enterprise with a global reach for next to nothing.  That's really exciting.  Can you say "disintermediation?"

The whole process was mostly free, except for my and Sansu's time.  We did pay a small fee to copyright the book but that was optional.  And Sansu bought the iDraw app earlier but used it for her art creation process.  We initially gave the book away for free since our primary aim was to create a finished product and remove any barriers to people finding us and enjoying our work.  I enjoyed the process so much that my brother Jonathan and I are now working on a new children's ebook series.

Sansu had this to say about the process: "Collaborating with Mike was fun and I love his story.  I didn't have a child when I started this project.  I could only imagine what it was like to be a parent.  Mike explained and gave me inspiration - for example with details like the blue and pink striped blankets that babies get in the hospital and how parents hold their babies.  I found reference images and imagined what it would be like to hold a baby and watch it grow.  I was pregnant with my first child during the creation of the book and am now raising my son.  Since having my own child, I feel more attached to the story and love the book even more.  It is truth.  Children are part of my heart."

The best part of all was that our family and friends across the globe could read something we made and it wasn't compromised by the traditional publishing process.  Thousands of other people also downloaded it and left stellar reviews.  My favorite review was from my daughter, who inspired the book.  She asks me to read it to her all the time. 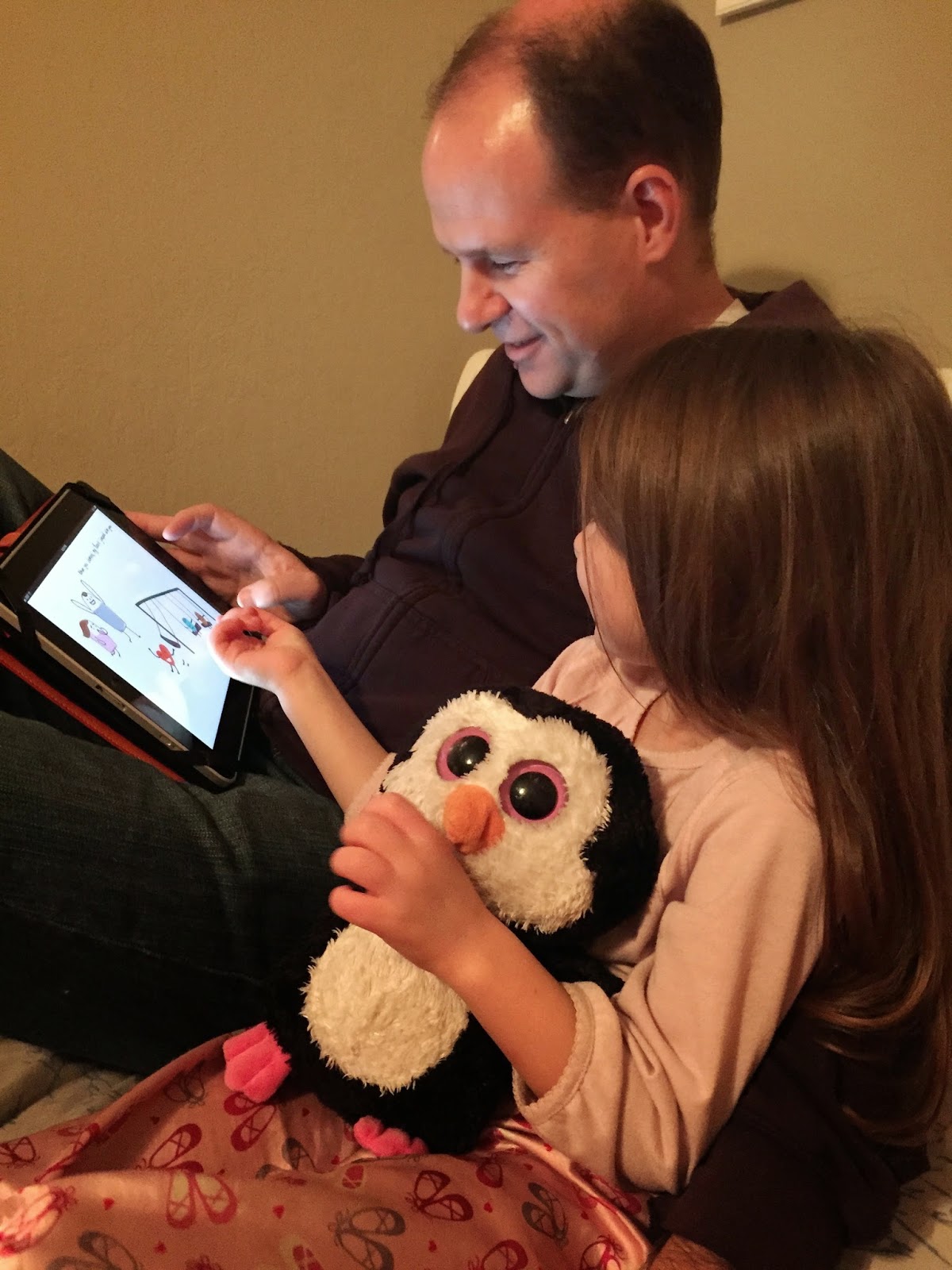 Hope to see your own book online some day!  In the meantime, please get our lovingly crafted book and share it with someone who is a part of your heart.

Ratings\reviews much appreciated!  They help make our book more visible.  Thanks!

The Most Valuable Thing I Learned at Pixar: How to Fail

I worked at Pixar for over eight years.  The most valuable thing I learned there was how to fail. Failure - it has such a negative connota...